how death freed me to live 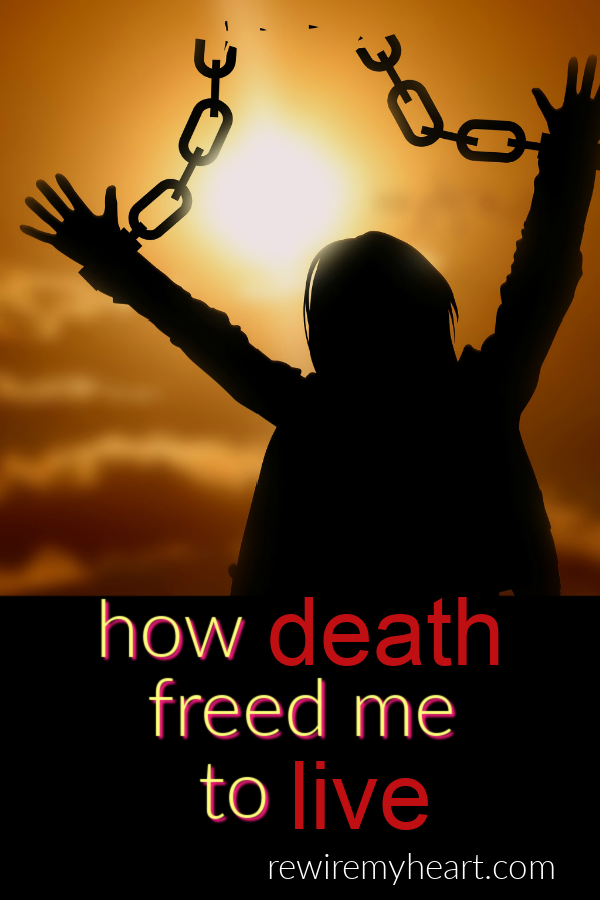 It was a gruesome, unexpected sight.

My husband walked in the house one morning and informed me that a huge, bloody, dead rat was in the middle of our driveway.

It freaked us both out a little.

To my horror, a week or so later, i opened my front door to find another dead rat right next to our doormat.

i’m not particularly squeamish. Wild animals are a part of living in Florida. My neighbor once wrangled a small alligator in his front yard. i’ve watched a Florida panther walk right under my (thankfully, empty) kids’ swing set. Wild boar and bobcats have been spotted in our subdivision.

But large, blood-soaked rodent sightings? No. This was a new thing to me.

Fortunately, around this time, i was experiencing other “new things” that were far more pleasant.

A new view of God as overwhelmingly loving and personally interested in every aspect of my life.

A new lease on life as God began to gradually heal my tortured mind and chronically ill body.

A new sense of joy and freedom like i had never experienced before.

i felt freer than i ever thought possible. It was awesome.

And suddenly i got scared. Really scared.

When you’ve been in bondage for a long time, you are often slow to believe that you are really free. Even when someone puts the key in the lock and throws the door wide open, it can feel scary to leave your cell at first. It doesn’t seem real.

But once you’ve made it safely to the “outside,” you gradually breathe a sigh of relief and begin to slowly relax enough to enjoy your newfound freedom. The memory of your pain and isolation begins to recede a little. You begin to get comfortable.

You think, Wow, this is good.

Then you begin to think: Wow, this is too good.

And that makes you nervous.

You start wondering when the other shoe is going to drop.

You begin to fear that your sweet freedom will be ruthlessly cut short and you’ll be mercilessly hauled back into captivity.

[Tweet “When you’ve been in bondage for a long time, you are often slow to believe that you are really free.”]

The enemy had me in his claws for a long time. For years, he had relentlessly attacked my family, my body and my sanity.

Over the past few years, and during 2017 especially, his grip had been gradually loosened.

i like to say that God ambushed me with His overwhelming love.

i didn’t see it coming. i didn’t do anything to earn it. But one day in the spring of 2017, He just began to open my eyes like never before to evidence and promises of His love and faithfulness all throughout my journey, past, present and future.

Overwhelming love can kill a lot of things. And the overwhelming love of my Creator was putting a stake through the heart of so many things that had been draining the life out of me: fear, distrust, insecurity, just to name a few.

i wasn’t believing the enemy’s lies anymore. When he whispered, “You’re not enough” or “This is going to be a disaster” or “You’re getting it all wrong” i now had an answer. i would simply tell myself: “But i now know in my heart (not just my head) that my God loves me. I can rest in that.”

It changed how i behaved and reacted. Healing slowly began to flow through me and into my physical and mental health. It positively impacted my marriage and family.

But now i began to fear the next onslaught of adversity. i feared the enemy would come after me harder than ever now that i had discovered the love, liberty and grace-filled relationship with my Heavenly Father that had been there all along.

I felt turmoil building inside me again.

the rat is dead to me

Then God led me to Exodus 14 and the story of how God led the Israelites out of their slavery in Egypt and through the Red Sea:

But the people of Israel had walked through the middle of the sea on dry ground, as the water stood up like a wall on both sides. That is how the Lord rescued Israel from the hand of the Egyptians that day.

And the Israelites saw the bodies of the Egyptians washed up on the seashore. (emphasis mine)

When the people of Israel saw the mighty power that the Lord had unleashed against the Egyptians, they were filled with awe before him. Exodus 14:29-31

Like the Egyptians, i had been in captivity. And God had made a path to freedom for me, too. 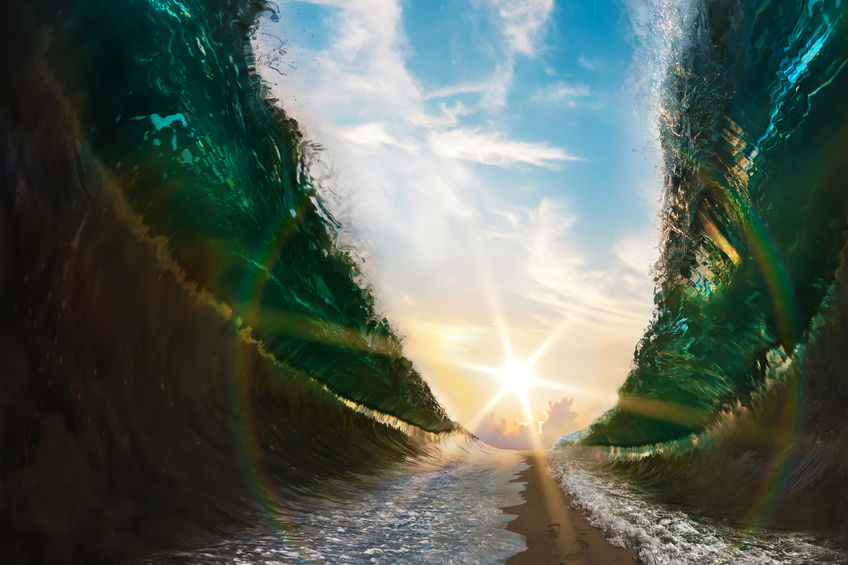 As i was studying this passage, i ran across this quote from author R. Alan Cole: “Somehow the sight of those dead bodies was the concrete sign that salvation and a new life for Israel were now assured.”

As i read this, i thought of those dead rats outside my house.

And i heard these words so clearly in my heart: The rat is dead to you.

What? What did that mean? And then it hit me. Satan is the rat. He is still alive and kicking. But he is dead to me.

When life gets hard in the future, when things don’t make sense, when i feel overwhelmed, i won’t believe that i’m being punished. i won’t doubt (not for long anyway) God’s love for me. i now believe in the depths of my soul that whatever He allows in my life is for my highest good and His greatest glory.

Even if it doesn’t look or feel like it. i’m not in slavery to lies and fear anymore. The rat is dead to me.

Whenever i begin to doubt, just like the Egyptians, i can think back to those dead bodies as a “concrete sign that salvation and a new life” is assured.

Jesus made that possible through His death on the cross.

No matter what happens in my circumstances, i can rest in knowing that the love of God is alive and well. i don’t need to be afraid. i don’t need to understand what He’s doing. i just need to trust Him.

If i’m going back to prison, it’s because i’ve walked back in. Because I’m free.

The rat is dead to me.