harnessing the power to retrain our brains 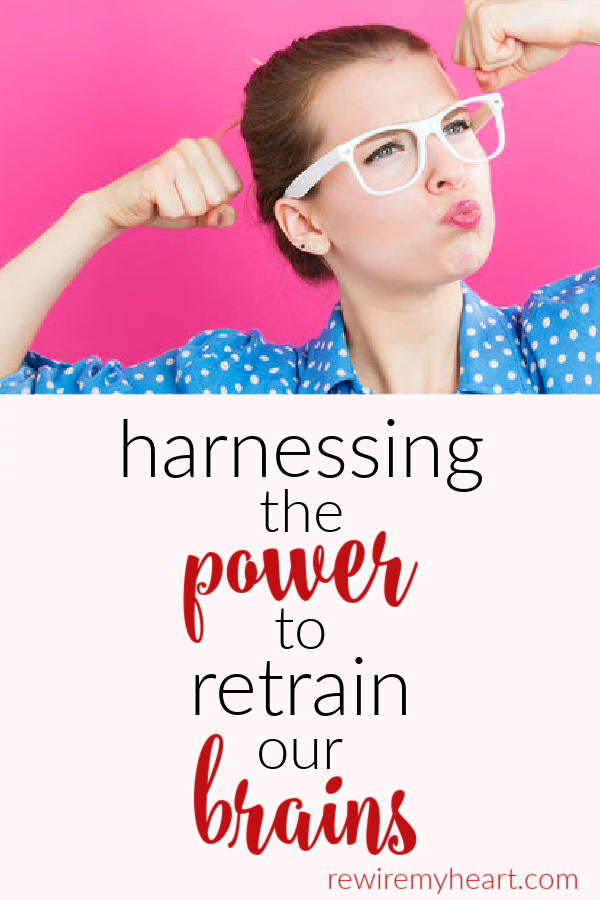 i’ve always been a slumper.

i think it’s a side effect of being tall. i love being tall now, but in middle school? Not so much.

i was at least a head taller than most of the boys. But i wasn’t just tall. i was skinny, pasty white and all arms and legs.

Pop bottle glasses and braces completed the look. Not a good look, i might add.

If i could have made myself invisible, i would have. But since i couldn’t, keeping my head down and shoulders slumped seem to be the next best alternative.

As i got older, i slumped over a computer, trying furiously to find my value in writing, ministry and work. i slumped under the weight of life and chronic illness and the need to perform.

Until all that weight got to be too much. Physically, spiritually and emotionally.

It was at that point that God met me and began to do some amazing things. He began to heal my mind, heart and body in ways that i didn’t even know i needed.

the pain of poor posture

Last May, i became aware of how much my poor posture was contributing to my migraines and neck and back pain. i knew i needed to stop slumping.

Maintaining correct posture all the time is not easy, friends. It is work. It takes being intentional.

Since i had done it for so many years, my brain had literally become hardwired to slump. It was my default position.

When i was in grade school, my mother tried so hard to get me to stand up straight. She even threatened to buy me a back harness to help with my posture.

That would have certainly helped me to blend in with the cool kids, right?

Well, pain often causes us to consider things we might never have imagined.

So, guess what i bought? Yes, a harness. 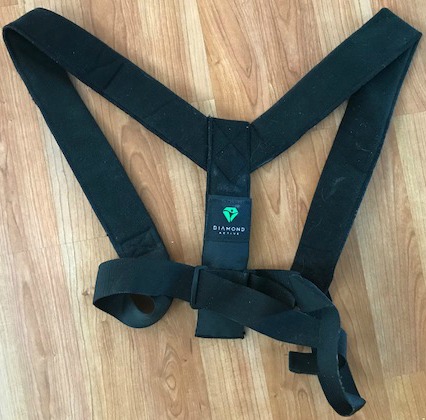 i would not have known such a thing existed if not for my sweet late mother. Thank you, Mom.

The product description said that if you wore the harness for two hours a day for two weeks, it would retrain and remind your brain of what correct posture looks like. Eventually it would train my brain and muscles to make correct posture my new “default” position.

At first, this felt like some kind of medieval torture device. It was uncomfortable and painful as it forced me to stretch shortened muscles and build new ones. It seemed unnatural. And when i wasn’t wearing the harness, i struggled to keep my head up and shoulders back. Over and over again, i would catch myself slumping.

But after a few weeks, a funny thing happened. i would be sitting at my computer and think, “Am i slumping?”

Today, almost a year later, correct posture is still my default position. i still have to be conscious of it, but not as much. My brain has been retrained.

from slave to princess

You see, i had spent years believing — training my brain — that i could never measure up to what God expected of me, that He was looking for what i was doing wrong and not what i was doing right. i believed He loved me, but i had to work hard to keep in His good graces.

i’d spent a lifetime adopting the posture of a slave. Both physically and spiritually.

As God was starting this process of retraining my brain spiritually, i was taking a leadership coaching course that taught about how behavior change starts by building new pathways in the mind.

Just like carpet becomes most worn in the pathways we use the most, our brains have pathways that become well worn by what we think about the most. They become our most natural way of thinking. And our thinking drives our behavior.

The beauty is that God designed our brains so that we can actually create new, healthy pathways to bypass those old, worn, harmful pathways. We have the power to retrain our brains to a new way of thinking.

In course textbook, Coaching Leaders by Daniel White, he writes,”…new pathways grow only after repeated use. This is the reason that behavior change takes time and continuing effort.”

He goes on to say that “repeated talking about a(n)… idea can make it strong… By talking about the new patterns, people begin to reprogram themselves.”

from lies to Truth

So as God began to reveal the lies i’d been believing, i began to replace those lies with Truth.

But rather then just thinking a healthy thought to replace the lie in my head, I’d speak the Truth out loud as much as possible. At first, sometimes i did this literally dozens of times a day.

Lie: i will always live in fear.    Truth: I choose to trust You.

Lie: i have to figure it all out.   Truth: God will show me one step at a time.

Lie: Results are all up to me.   Truth: Outcomes are not my job.

Lie: I will never have enough.   Truth: God is the Master of Multiplication.

The more i replaced the lie with truth, the more peace and joy and freedom i felt. New pathways began to form.

Over and over again throughout the day, i would bring my focus back to God until He began to be a part of nearly all my thoughts in some way.

i’d involve Him and dialogue with Him in the midst of my busyness and responsibilities. i’d pray, ask for His guidance, thank Him for His blessings (even the seemingly small ones), told Him what was on my heart.

The more i focused on God throughout the day, intentionally drawing my focus and dependence on to Him, the less i feared. My joy, compassion and confidence in Him grew by leaps and bounds.

Gradually, the Truth of who He is — powerful, loving, able to do the impossible — and who i am in Him became my default position. My focus went to Him instead of to me. From What am i doing wrong? Am i measuring up? i need to make things happen. to thoughts like What could God be trying to tell or show me?; God, can you help me?; How do you want to use me in this situation?; Thank You for helping me with that challenge.

God wants us in a place of humble dependence, not so He can oppress us. But so He can set us free.

He longs for us to understand our need for Him – our Creator – but to never forget our position in Him … Royalty.

Our minds can be a scary place. But we have the power to lift up our weary heads, throw our shoulders back and focus on His healing grace, power, love and majesty.

We are not slaves. We are daughters. Daughters of the King.

You no longer have to live as a slave because you are a child of God. And since you are His child, God guarantees an inheritance is waiting for you. Galatians 4:7 (The VOICE)